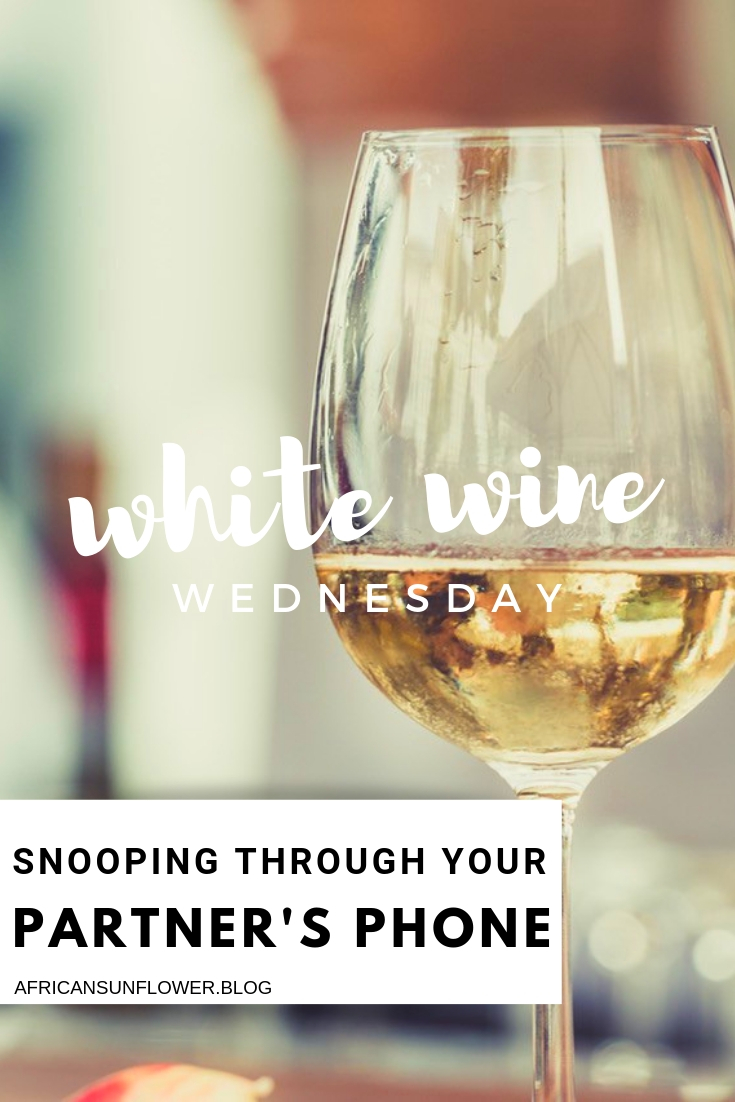 A big thing for me in any of my relationships is trust. I sincerely believe that trust is something which is earned and not something which anyone is immediately or inherently entitled to. Particularly for our generation, trust seems to be a very shaky topic of discussion. I think this is also because it’s impacted by such a multiplicity of factors.

Past betrayals and deception from previous relationships tends to form the bulk of these factors, and people nowadays will carry around the “men/women are trash” narrative so much because learning to trust someone’s word again after having fully believed the lies of another, is not something everyone is capable of doing. It follows then that people are often most trusting in their very first relationships, but this trust tends to dissipate as they move on and form more relationships with different partners over time.

I’ve been in relationships where there was a serious deficiency of trust, and believe me when I say nothing changes you more than always feeling on edge about the person you are trying to be with. That lack of trust makes people do the craziest of things which they never thought they would do… I know you know what I’m talking about – going on those psycho Detective Gadget rampages of digging through someone’s information (and garbage, maybe) until you find out every last thing about them, including their cousin’s stepfather’s uncle’s grandmother’s dog’s name. On the TV show The Real, Adrienne Bailon even confessed to leaving her phone recorder on in a hidden spot in the car with her now husband, to listen in on any conversations he might have had on the phone while she was out in the store. Things can get really deep and tedious shame.

The number one place for starting this intensive research is usually the phone. In this generation, everything we do is based on our devices. We have a heavy reliance on them for the tiniest elements of our daily lives, and if one were to be caught cheating, the phone would most likely divulge it the quickest. Now I’ll admit that I’ve had my fair share of going through my significant others’ cellphones in the past, justified purely by my fear of being too naive and wanting to make sure I wasn’t out here looking like Boo-boo The Fool in these streets. Granted, I never once did it behind their backs… I would sort of ask them to see their phone and hold them hostage while I did so in their presence, but it was still exhausting lol.

Did I find what I was looking for? Yes! The text messages I would subsequently discover, in my head, helped me to gauge my place in that person’s life, and even allowed me to give them caution for future reference of what was acceptable and what wasn’t, if I stayed in the relationship with them to begin with. It either gave me clarity and sureness of the person, or at the very least, settled any of the suspicions I had.

It worked just fine (it actually didn’t). A majority of the time, the guy would come up with some nonsensical excuse as to why he was referring to Michelle as “babe” in his text messages, and I would gobble it up with nothing but a warning to him for that not to be repeated again. But as I’ve grown up, I’ve seen first-hand why this investigation method is not always super effective, and there are a couple of reasons why I just wouldn’t suggest going through your partner’s phone.

Going through your partner’s phone could cause unnecessary tension in the relationship. I read a post about a woman who went through her bae’s phone and found some lovey-dovey messages from another woman that resulted in her feeling deeply crushed. The messages were from two years ago! Even though she was fully aware of this past relationship, she felt slightly threatened and wondered if her man had eyes for other women like he did for her.

Imagine arguing with your boo over some past relationship drama. It really isn’t worth it in my opinion. That time could be spent building better communication and more trust, rather than exerting energy into breaking that trust. In fact, the more you insist on going through their phone, (whether or not they are aware) the more it starts to appear as though there is something specific you are always looking for, and when you do not find it, you’ll even start to question whether they deleted the messages before you inspected the phone. Boom, even bigger insecurity. Seriously, creeping grows into a thief of joy as you become consumed with snooping into your man/woman’s social media and text messages, trying to find evidence of something. You will indeed find everything except for joy in those messages.

It can drive them away

The more you exert insecure behaviour such as constantly accusing your partner of being unfaithful, and always poring through their phones, the more they will feel as though there is no point in actually being faithful to you, especially if they really are. It’s rather unfair and patronizing when you display that you cannot trust your partner’s integrity if they are trying to show you that they are, in fact, an honest person. Moreover, the trouble with this phenomenon is that you are basically telling your partner that you choose to constantly have your guard up, no matter how hard they try to earn your trust.

A relationship that fails to be grounded in trust for one another is one that is likely to sink quickly. To be honest, it will be up to your partner whether it’s worth it to continue aiming to prove innocence to someone who is always readily accusing them of the opposite. If they are unfaithful and what you accuse them of is actually true, then it might just be less exhausting to simply end the relationship.

Another problem with snooping is what to do with the information you find. A lot of the time, the messages we fall upon can be a little ambiguous, and you aren’t quite sure whether or not they constitute real evidence of infidelity. In such cases, you are either going to confront your partner (least likely), or wait a little longer for more concrete evidence to slap them with (most likely). All the while, your mental health is at stake. Your friends are convinced he’s cheating and you are pressured to believe them, even though you aren’t quite sure. It’s a huge burden to bear, trying to dissect text messages and come up with different theories around them without confronting your partner in fear that they might become angry at you for your secret snooping.

If you are (un)lucky and the text messages very obviously point to infidelity, you need to ask yourself whether or not you are actually willing to take action, and potentially leave your partner for cheating. Going through the stress of sneaking through their phone is definitely not worth the chest pains if you are only going to forgive them the next day and continue on in the relationship. Save your energy and peace please.

It could be better to create an open line of communication with your person and try to be as transparent as possible about the communications and friendships you have with other people, as well as their or your intentions with them. Another thing I would emphasize is to always trust your instinct. Your gut usually tells you when something is not right, and I have learnt to always follow what it tells me about someone or about a situation, no matter what.

If you try to approach each situation as straightforwardly as possible, without beating around the bush, the hope is that you will most likely come to an honest conclusion. If that approach does not work (cos dudes be lyin’) then don’t be too naive and fail to follow up on whatever it is that may not be sitting well with you. Blind trust is just as dangerous as anything. Above all, if you do decide to do a bit of snooping, just remember that you need to be fully prepared for whatever you will find and have a plan of action for each of the potential outcomes that can result. Remember that you could either end up feeling super relieved and satisfied, or having your sense of peace utterly disrupted. Good luck!

What’s your opinion? Are you a secret snooper? Do you believe in going through your partner’s cellphone? Tell me about some of the funny experiences you’ve had before! You can also catch last week’s White Wine Wednesday here, and stay tuned for the upcoming Valentine’s Day edition ;).

3 Replies to “Should you Go Through Your Partner’s Phone?”

This site uses Akismet to reduce spam. Learn how your comment data is processed.